Skip to content
Here is shot video of how the process works – which so far has enabled all our vnr’s since 2007 to be broadcast.

Pre-distribution – incl. short text regarding events and how to angle it (Presseconference)

Distribution of vnr´s requires perfect timing when dealing with multiple countries.
Deadlines in Asia and USA require different timetables and the content of the VNR might vary from network to network.
We work ahead for days, during and after publishing whilst maintaining a dialog with each person responsible for the different TV networks, to tailor to their needs.
In Denmark we are on the forefront of this area of expertise and among the few that are known internationally, in this business – we always manage to secure a broadcast.

Calculation of viewers – access to sources in all parts of the world. The only ones in Denmark 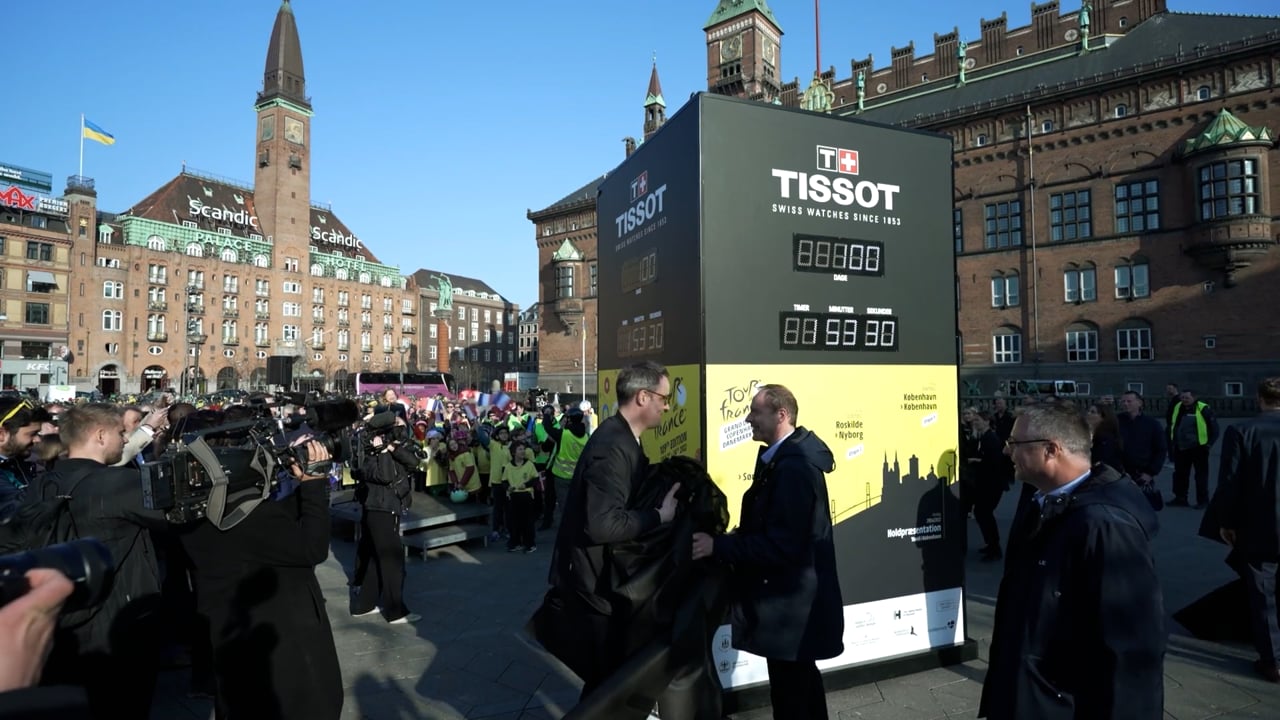 The Tour de France cycling race will start in 100 days in Copenhagen, and 2 other stages across Denmark.

A clock on Copenhagen City Square started counting down the last 100 days before the Tour de France starts with a ITT in Copenhagen.

Cycling in Denmark is among the most popular in the world.

When you are 6 years old, 7 out of 10 Dane own a bike. 40% of the Danes cycle to work and school. Copenhagen has the most biked bridge in the world with 40,000 cyclists per day at Dronning Louises Bro.

The Tour De France is among the most popular sport events seen in Denmark. Many are going all yellow over the tour starts in Denmark, “I think we are super excited here in Copenhagen for the Tour de France is coming” express says biker Nina Skyhøj Olsen, Denmark.

The tour starts on the weekend Friday the 1th of July with a 13 km ITT. Second stage is 202 km. passing old viking and historic parts of Sjælland (Zealand) ending with a sprint on the 17 km long bridge the Great Belt Bridge. It is the first time a sprint takes place above the waters says Christian Prudhomme, Director of the sports company A.S.O standing in one of the 254 meter high pylones.:

The Danish Tour de France stages got a royal greeting from the popular Crownprince Frederik of Denmark in a special video made at the Royal Palace. “We looking forward to seeing the riders here at Amalienborg's castle square”.

6 riders from Denmark have carried the leading yellow shirt and Bjarne Riss won the tour in 1996. Several Danes are also to be found as team-directors, mechanics and riders with Jonas Vindegaard being nr 2 last years Tour de France 2021.

For 10 years have Copenhagen and Denmark been investing in bike lanes across the country and 2022 is called “The Year of The Bike” investing in even more unique bike-infrastructure.

The network of national cycle routes span 4,770 kilometers (2,963 miles) across all of Denmark.

“I think it's great. I think we are super excited here in Copenhagen for the Tour de France is coming. We're very excited that now there's 100 days to go and we can start to feel the excitement of all the people of Copenhagen that want to join us in this great party that this is going to be”.

“Tour De France in Denmark, I think it's fantastic. I'm really looking forward to it”

Drone Bicycles in the country. Yellow fields with bikers.

Great Belt Pylonerne. Christian Prudhomme, Director of the sports company A.S.O., stands on top of one of the two pylones.(TV2)

SOUNDBITE Christian Prudhomme. Head of Tour De France on top of one of the two pylones.

Ab.Today is 100 days until the Tour De France starts in Denmark and I look forward to seeing the riders here at Amalienborg's castle square ”

“We have been waiting for it for some time. It was postponed because of the COVID pandemic. So we are very ready to start celebrating.

Read more in our pdf